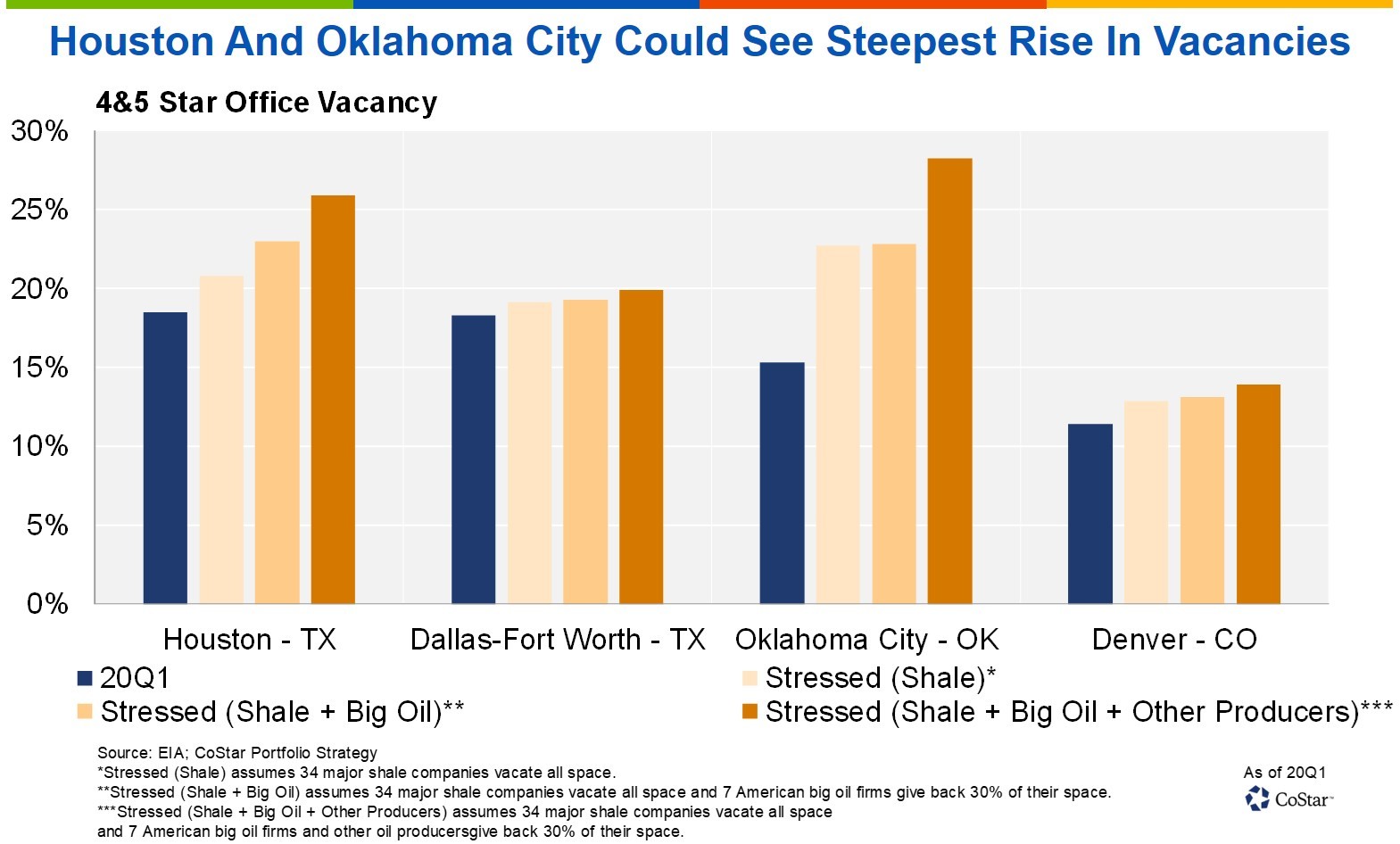 As the oil and gas industry experiences turmoil, fluctuating prices, and uncertainty, Denver remains set to retain a majority of its office space tenants. As reported by Costar, Denver has the lowest overall vacancy rate for four and five-star office spaces amongst similar marketplaces, Oklahoma City, Houston, and Dallas-Fort Worth. However, it could still experience a slight rise of 2.5 % in vacancies if the worst-case scenario occurs. Despite the projection, it would still retain the slimmest vacancy rate across four and five-star buildings. 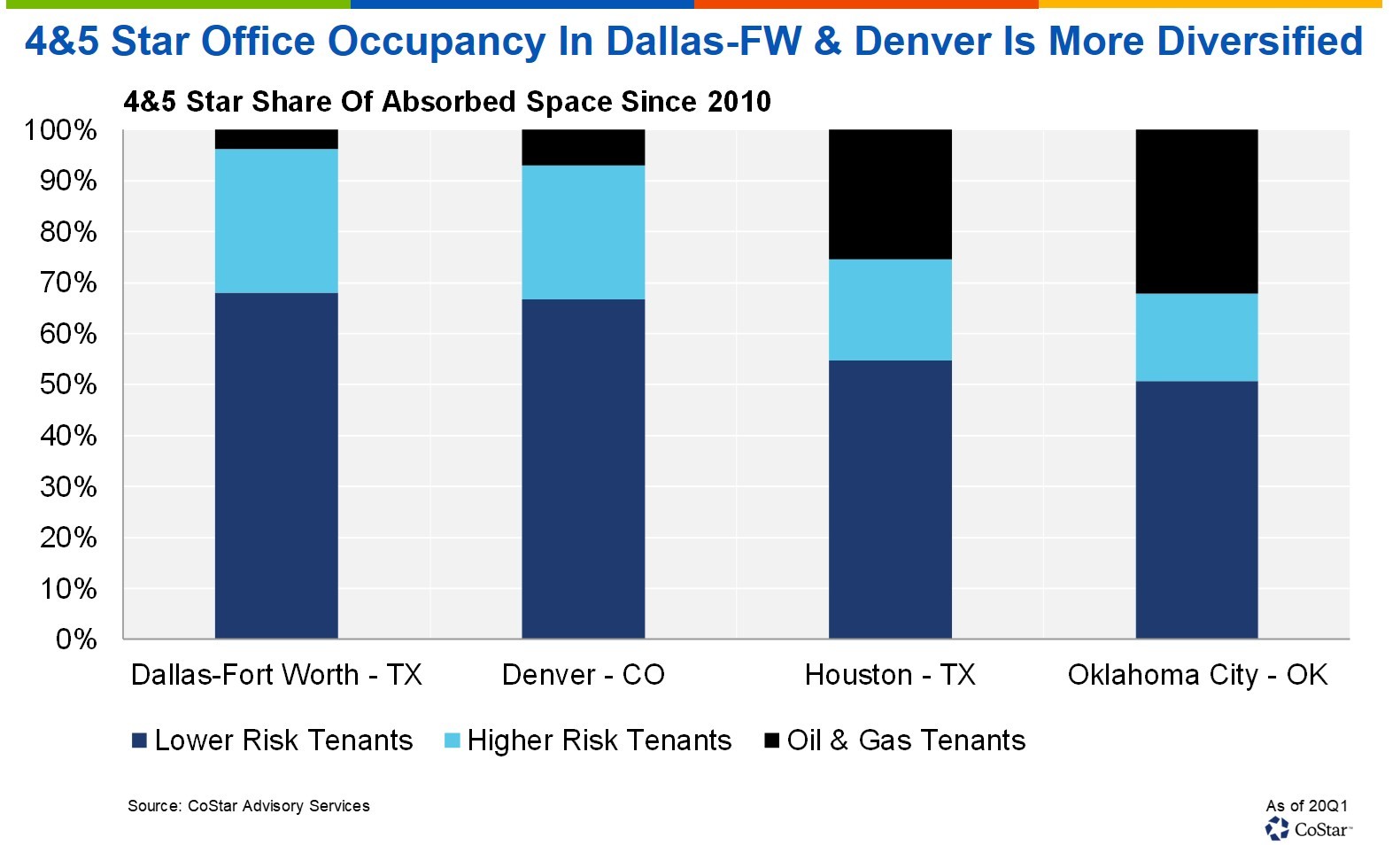 Denver remains set for tenant retention as a result of its high degree of office diversification. Compared to other oil and gas markets, Denver remains a popular hub for many industries, with 65% of tenants classified as low risk. Since 2010, oil and gas tenants only accounted for 7% of the office space, and with budding industries like the CBD market and renewable energy, they could very well have a smaller percentage in the future.

Be The First To Know About